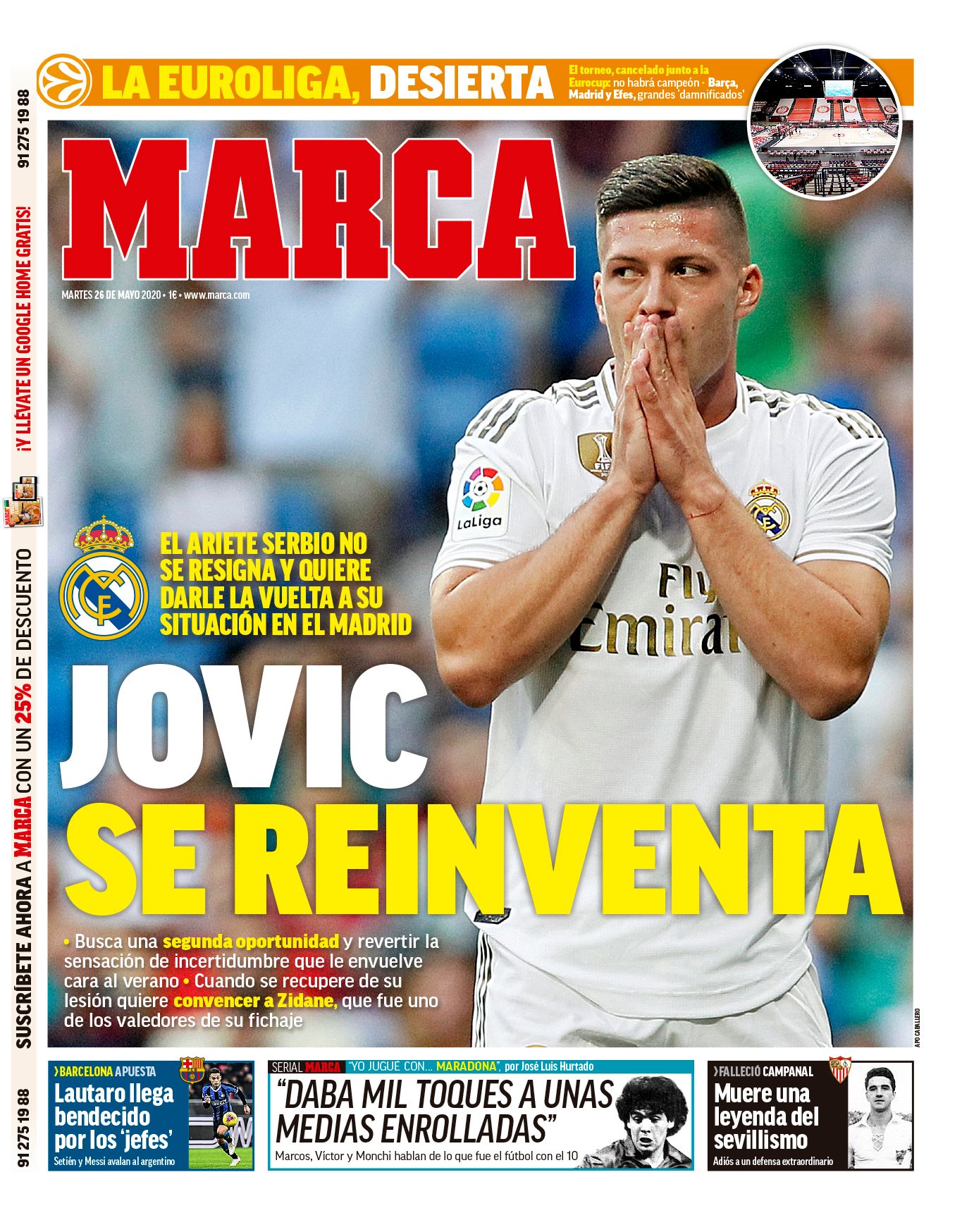 The sudden coronavirus is sure to change a lot of things in football. Some players who were on the way up will now be on the way down, some will find they’re suddenly, over the hill. Injured players will be fit again, and previously fit players are now injured.

The whole great shake-up means a great chance to turning things around and change one’s fortunes, and Marca’s front page today declares that Luka Jovic wants to make himself one of that group that uses this break to their advantage.

He’s not made the best progress so far, getting in hot water for breaking lockdown in Spain, and then injuring his heel. But the global disruption has probably wiped clear any small chance he would be sold or loaned this season, and made it that much harder for Real Madrid to consider signing a proper replacement.

It will be an uphill battle to convince Zinedine Zidane and the fans after a poor first season, but Jovic apparently believes he’s up to the task.