Barcelona have been looking for a long term taker for Philippe Coutinho for a year now, and one might have emerged from nowhere. 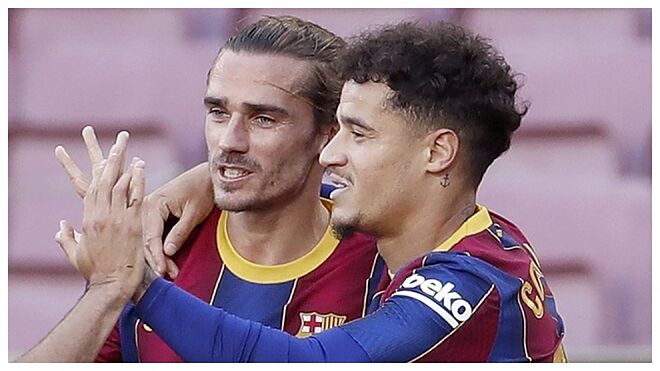 It had begun to feel a bit like there might be nobody left for the Brazilian to be sold to: the Blaugrana had offered him around last summer; ended up loaning him to Bayern Munich who ended up deciding they didn’t want him, and Barca were now back at square 1.

Chelsea were being linked – somewhat hopefully – in the press in Spain, but thus far the move didn’t have legs.

In fact, rather than a space opening up for Coutinho at an established top club, it looks like it will be the emergence of a new, moneyed team that brings a new opportunity to shift the unwanted playmaker.

Sport in Spain today announce that Newcastle, whose purchase by new Saudi Arabian owners looks set to take place very shortly, will appoint Rafa Benitez and look to build an impressive XI straight off the bat to attack the Premier League next season – and Coutinho could be among them.

It doesn’t sound like any actual progress has been made on the deal, but just having a new prospective buyer for their unwanted asset is a victory of some sort for Barcelona.

Antoine Griezmann and Philippe Coutinho to stay at Barcelona after radical turnaround
31 July 2021, 10:59