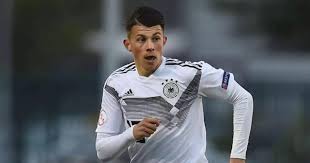 La Blaugrana have reportedly scouted the German U19 international in action for Hertha’s youth teams this season, according to Mundo Deportivo.

Samardzic’s brief performance in their 4-0 Berlin derby win over rivals Union Berlin offered a glimpse of a player rumoured to be attracting interest from across Europe.

Serie A side AC Milan were linked with an offer in the January transfer market, alongside Atletico Madrid and Juventus.

The versatile forward has created waves in German youth football in 2019-20, with 14 goals in 16 appearances persuading Bruno Labbadia to bring him into the first team fold in early 2020.

Hertha are not likely to be in a position to consider any offers until their Bundesliga safety is assured in the coming weeks.

However, Labbadia could be tempted to sell, if the club receive an acceptable offer, with Samardzic’s contract not due to expire until 2024.