Sevilla captain Ever Banega apologises for coronavirus lock down breach

Sevilla captain Ever Banega has apologised after being photographed with three teammates breaking Spanish coronavirus measures this weekend.

Banega’s partner posted a picture on Instagram featuring the Argentina international, alongside Luuk De Jong, Lucas Ocampos and Franco Vazquez, as part of a group of 12 people.

The gathering was in breach of the Spanish government’s current coronavirus guidelines, which only allows groups of 10 to meet up in Phase One areas, including Seville.

The post was later deleted, and Banega has since come forward to acknowledge the incident was a mistake via Instagram.

“I want to apologise for what happened yesterday. It was a family get together, with teammates, but unknowingly we were wrong,” as quoted by ESPN.

“I want to apologise to the club, the fans and to society in general. It will not happen again.” 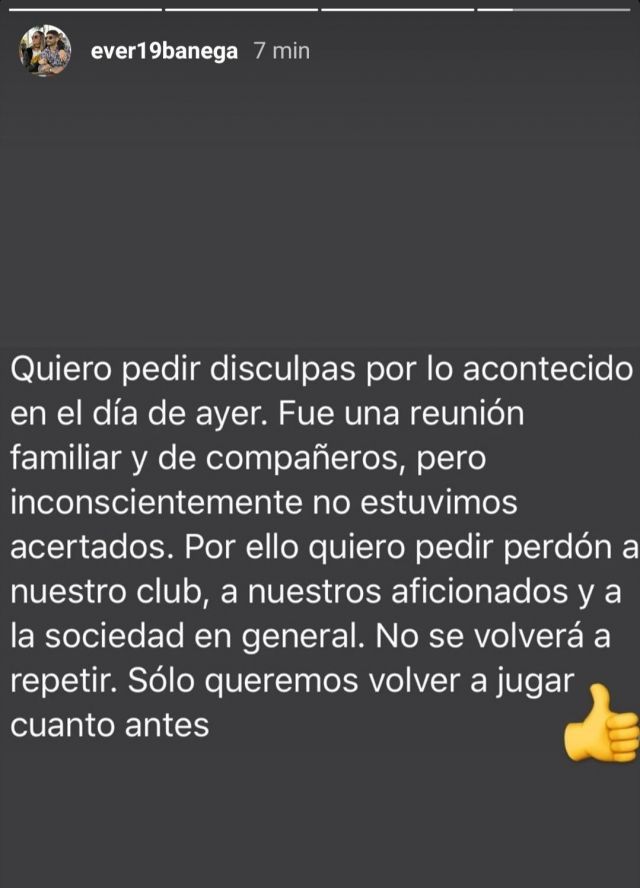 Sevilla are yet to officially comment on the incident, with the players expected to be reminded of necessity for them to remain isolated as the 2019-20 La Liga season edges towards a return.