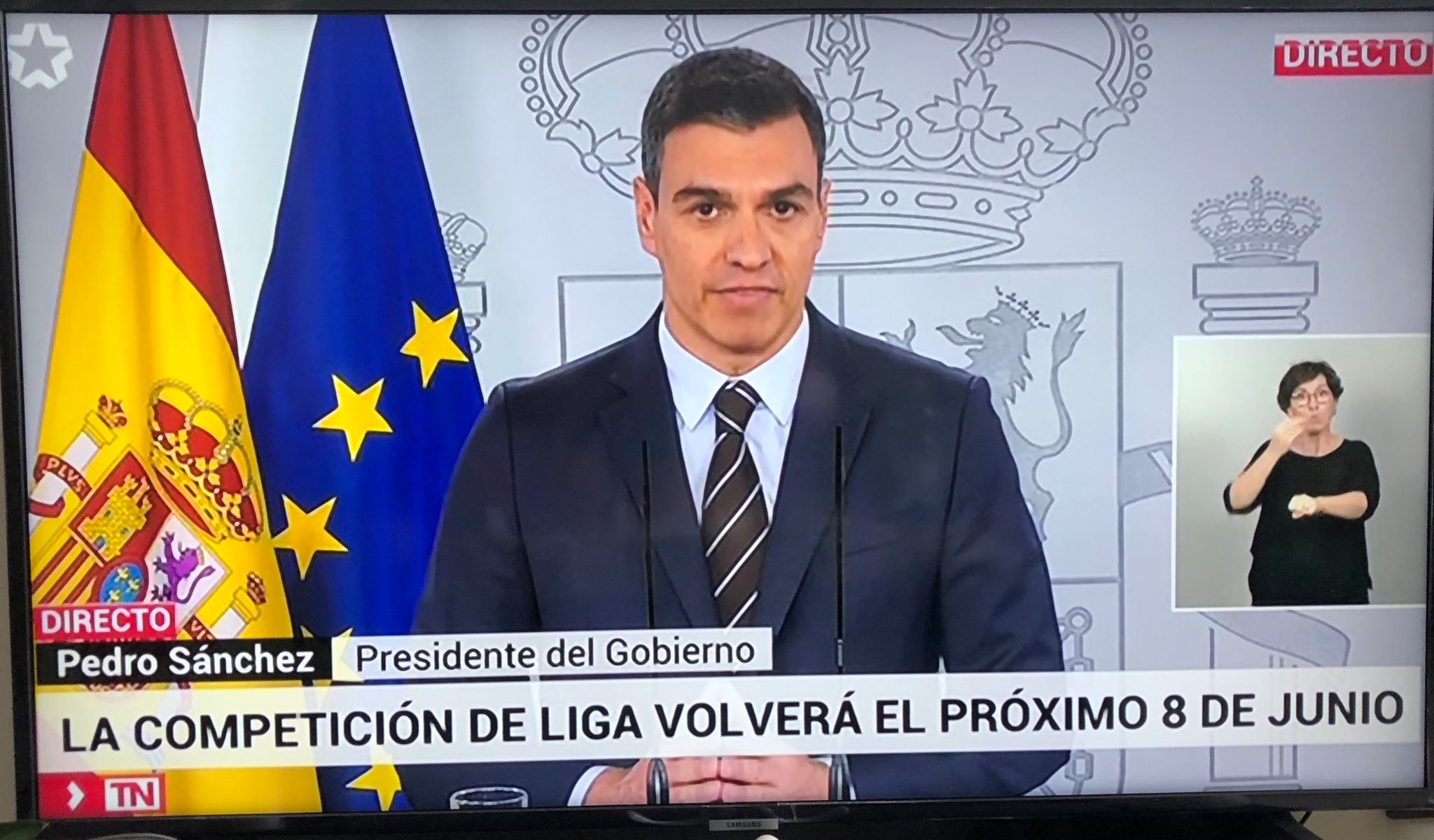 Speaking in a video you can see below, Sanchez declared various updates to the coronavirus pandemic status in Spain as the lockdown is eased across the country, and finally put a concrete date on when top flight football can be played.

It follows on from similar reports earlier this month in Diario AS and Cadena Ser that the league plan to get the campaign back underway by mid-June and hope to complete the remaining 11 matchdays by the end of July.

While Sanchez has said it will be the week of the 8th June, games may not be actually played until the 12th.

The league left off just before the Seville derby between Betis and Sevilla, and that will likely be the game to get things started again.

Sevilla sporting director Monchi said: “There is no better way for La Liga to return than this derby. It will be one more incentive, as we are all looking forward to football returning and that first match will be magnificent.”

League chief Javier Tebas and his organisation have consistently voiced their confidence on the competition returning this season and for all outstanding games to be played. He will now need to confirm the dates of the games to be played.

Players across La Liga are back in training sessions – allowed to complete in groups of up to 10 players each – and will finally return to unlimited group sizes in the weeks to come.