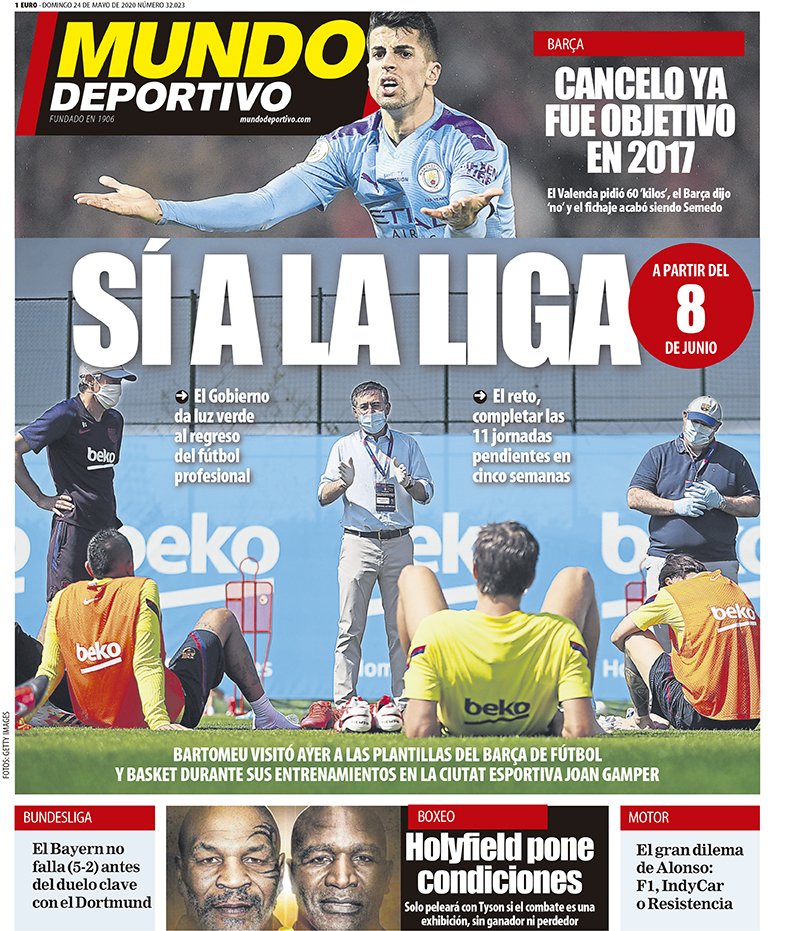 The 2019-20 La Liga campaign could be completed inside a marathon five-week period, following its resumption in June.

Spanish PM Pedro Sanchez confirmed this weekend that the top two levels of football will be allowed to return from June 8, following its suspension since mid March.

La Liga president Javier Tebas also stated the league will work with clubs in the coming days, to establish an exact return date,  likely to be from June 12.

However, the front page of Sunday’s edition of Mundo Deportivo claims the league is formulating a plan to complete the campaign five weeks from that date.

Initial reports had suggested a six week end to the season, to ensure the league adhered to UEFA’s policy of all 2019-20 campaigns finishing before the end of July.

However that could now be reduced to finish on July 18, with 11 rounds of fixtures fitted into 35 days.

La Liga and the RFEF are expected to relax policies surrounding game scheduling, with matches potentially being played on every day of the week to ensure all fixtures are fulfilled.

Barcelona currently lead the way in the top flight, with a two point lead over arch rivals Real Madrid, with five clubs in the running for a Champions League qualification spot.