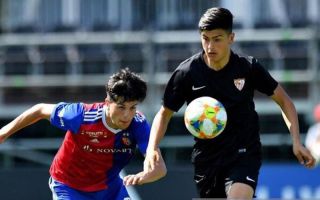 According to reports from Mundo Deportivo, the Catalan giants have scouted him numerous times in the last 12 months, amid growing interest from Premier League and La Liga rivals.

Talaveron has previously stated his desire to remain with Sevilla, with first team boss Julen Lopetegui name checking him as a potential future first team star.

The report adds Sevilla are aware of the clubs from across Europe expressing an interest in signing the teenager, but they currently in negotiations with him over a new long term contract.

Barcelona will continue to keep an eye on Talaveron’s progress at the Estadio Ramon Sanchez Pizjuan, with the former Almeria player valued in the region of €200,000 despite not making a first team appearance.