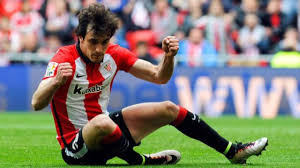 Athletic Bilbao defender Inigo Lekue could miss the resumption of the 2019-20 La Liga season after suffering an injury in training.

According to reports from Mundo Deportivo, the 27-year old suffered a sprained ankle following the club’s return to group training last week.

He will now undergo tests to assess the full extent of injury, but initial estimates indicate he will be sidelined for at least a month.

That would see him miss the restart of the season, after Spanish PM Pedro Sanchez confirmed the league can resume from June 8.

Football in Spain has been suspended since March 8, however Sanchez has now given the green light for a comeback, as part of the country’s phased emergence from lock down.

Clubs will also be allowed to increase from training in small groups to full sessions from the start of June.

Games are likely to be rescheduled for the weekend of June 12-13, with the season expected to end in mid July.