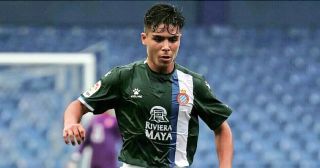 Chelsea are interested in Espanyol youngster Nico Melamed, according to reports in AS, translated by SportWitness.

They write that the 19 year old is being “watched” by Chelsea, Barcelona and Bayern Munich – not a bad list of suitors.

He became the first player born in the 21st century to play for the Barcelona based team when he played in the Europa League qualifiers against Luzern.

His progress was sadly disrupted by the coronavirus crisis, but there is hope that when La Liga resume in a few weeks he will get further opportunities to impress in more competitive fixtures, having played for the B team since that debut back in August.

If you believe what you read in the Spanish press, if he does get his chance, will be no shortage of scouts there to watch his progress.

However with Espanyol rooted to the bottom of the table in a desperate relegation battle, throwing a raw rookie in might not be a wise plan.