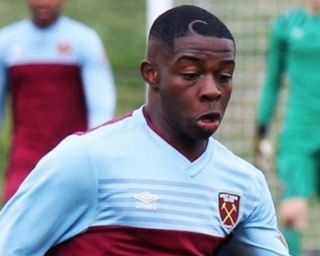 Barcelona are one of the teams keeping a close eye on Benicio Baker-Boaitey, the teen sensation making waves in the West Ham academy.

The improvement in coaching over the last 20 years in England has seen a reverse of the “talent” drain which dragged foreign youngsters to Premier League academies for so long. Now top European sides – in this including the Catalan club alongside Bayern Munich – try to lure the top kids to their own development centres.

Baker-Boaitey is a creative midfielder or winger who has been on the radar of top domestic clubs for some time. The Daily Mail, as well as naming Barca and Bayern, say that Manchester United and Liverpool are also in the hunt.

Recent times have seen top English prospects like Louie Barrie poached to the junior teams at the Nou Camp only to return not long later. Xavier Mbuyamba, signed from Maastricht in 2019, has also been linked with a departure.

The club will hope to stop making a habit of bringing in these talents, only to let them go soon after.

Schalke ask for another year of Juan Miranda despite dreadful form
1 June 2020, 11:07

Espanyol and Leganes offer free season tickets to fans after coronavirus cancellations
26 May 2020, 14:14