Dani Ceballos insists he is intent on succeeding at Real Madrid once his loan deal at Arsenal expires at the end of the season.

The Spanish midfielder is on a season-long loan arrangement in North London and there is speculation on where his future may lie next season, with his place in Madrid’s squad in doubt.

With multiple players set to return to Madrid from loan deals this summer, there will be 37 players in Zinedine Zidane’s first-team squad next season and many players will have to make way.

The Spaniard is said to have a rather fractious relationship with Zidane and started just four La Liga games under the Frenchman in their one full season (2017/18) together.

The energetic midfielder was afforded more opportunities under both Julen Lopetegui and Santiago Solari but his future in the Spanish capital appears bleak while Zidane remains at the helm.

“I am a Real Madrid player, and any player in the world would like to play for Real Madrid, I have a contract with them for three more years and they are the ideal team to succeed,” Ceballos told TVE, as cited by Marca.

“The best of Dani Ceballos is yet to come, settling in a team, feeling important, feeling like a leader, which is what I really like.”

According to El Mundo Deportivo last month the Gunners want to extend his deal by a further year while Gols Media said he had become a priority signing for Valencia.

Meanwhile, Seville-based outlet Estadio Deportivo reported that the paths of Ceballos and Real Betis appear ‘destined to cross’ once more, with a possible move this summer on the cards.

The midfielder is said to want more first-team football ahead of next summer’s European Championships, with a fear that he has fallen out of contention for the Spain squad, which was at the heart of reports linking him with a January exit from North London.

However, it is now said that Mikel Arteta wants the midfielder to stay at the Emirates and has promised him a prolonged run in the first-team if he decides to remain. 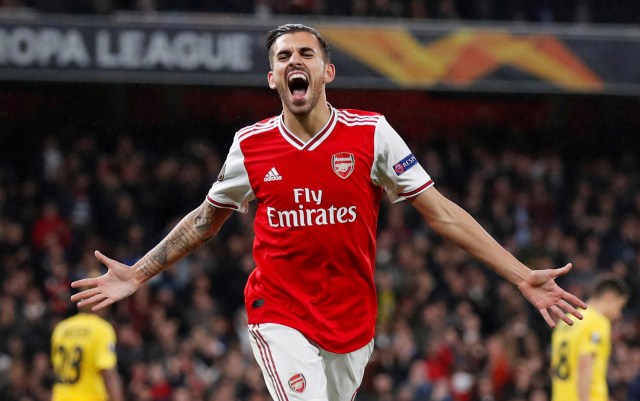