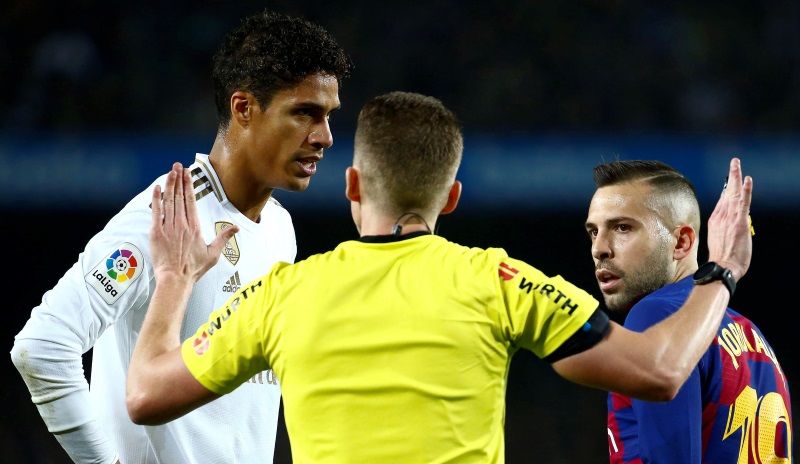 Experienced former referee Eduardo Iturralde González has claimed that 90 percent of officials within the nation are fans of Real Madrid.

Iturralde – a confessed fan of Athletic Club Bilbao – was one of the most experienced officials in Spanish football, overseeing a total of 291 matches in La Liga.

He has now come out to say that nine of every ten referees are a fan of Los Blancos, while saying that the remaining 10 percent are fans of El Clasico rivals Barcelona.

His comments come a week on from Mark Clattenburg writing in his column for the Daily Mail, as cited by Marca, that the goal scored by Sergio Ramos in the 2016 Champions League final for Madrid against Atletico de Madrid was offside.

The English official – who did not have use of VAR – was in the middle for the Madrid derby in the showpiece of the competition in Milan – two years after Los Blancos had also beaten their city rivals in the deciding game.

But Iturralde has now gone further and said that most officials in the Spanish game come from a background of supporting Madrid.

“90% to 10%,” he replied on Cadena Ser, via Mundo Deportivo, when asked what percentage of Spain-based official favour Madrid over Barcelona.

In 2014, on Marca TV’s Tiki Taka programme, he said: “Referees do not come from Mars, they become referees because they like football and if you like football you will support a team.

“I am lucky to be from Bilbao and most people here support Athletic Club, but in the rest of Spain most fans support either Barcelona or Real Madrid because they are the teams that always win.

“Most of them are fans of Madrid, but that does not mean they are unprofessional when the officiate their matches.”