Jan Vertonghen is finally leaving Tottenham this summer when he contract runs out, and after a successful spell in London there are plenty of teams interested in signing him.

The Belgium star has been a rock at the back for a long time at White Hart Lane, under several managers, and despite his age, the 33 year old is attracting lots of attention.

According to the Daily Star, there are two La Liga sides interested in the defender – Valencia and Real Betis.

Both are looking for a little bit of experience at the back and character in the squad, and Vertonghen provides both in spades. 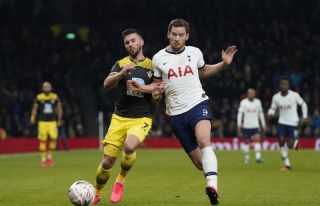 The Star claim that Betis’ representatives have spoken to the former Ajax star’s entourage several times, but also insist it’s still possible that he agrees a new deal at Tottenham too.

That will largely depend on how Jose Mourinho felt he managed under his reign, and how much he rates players like Juan Foyth and Davinson Sanchez.