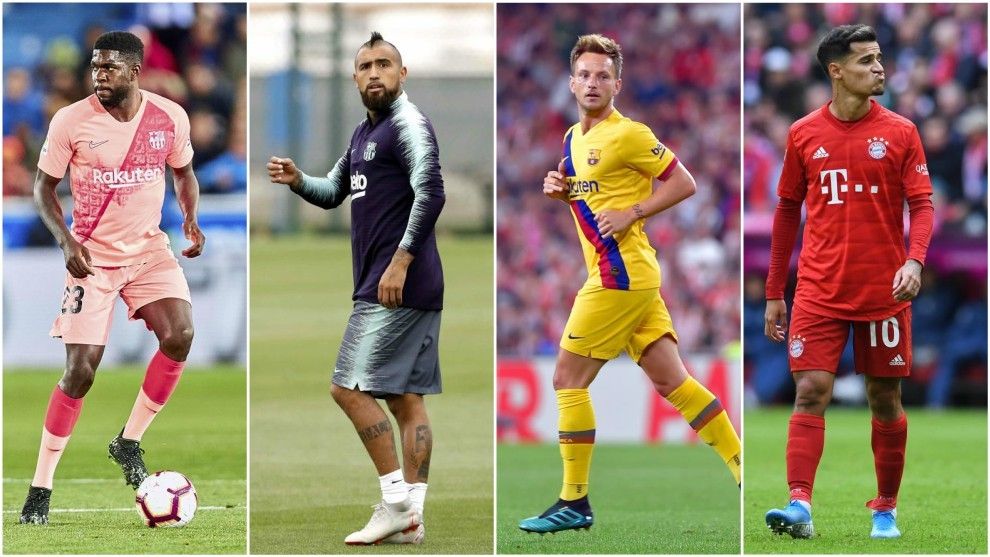 30 players Real Madrid and Barcelona could sell this summer

For once, the focus this summer has been on who Barcelona and Real Madrid need to sell, rather than who they want to buy.

Of course it’s true the reason they need to sell off so many excess players is in order to raise funds for signings but still – this will be a summer of exits.

Marca have counted an amazing THIRTY players between the two sides who are on the market, with both sides of the Clasico divide looking to strengthen their first XI by sacrificing unwanted depth players who rarely feature.

From the Madrid side, there are big questions of Hakim Achraf, who they would love to keep but may not find room for. Then there’s Dani Ceballos, who doesn’t seem to fit either. Sergio Reguilon wants to stay at Sevilla. Jesus Vallejo, Kubo and Borja Mayoral are all also in line to do. Oscar Rodriguez and Alvaro Odriozola will also go if good enough offers are made. Reinier Jesus, still young, will be loaned.

Gareth Bale and James Rodriguez are in the first team squad but available for transfer; as are Mariano Diaz and Brahim Diaz, neither of whom have made any impact at the Bernabeu. The same can be said for Luka Jovic

From the true Old Guard, Marcelo and Lucas Vazquez may leave.

So that’s 16 players on the Madrid side. Barcelona have a similar availability – Ivan Rakitic and Samuel Umtiti, from the first team, then a host of others from the squad – Neto, Junior Firpo, Arturo Vidal, Martin Braithwaite who only arrived in January. Arthur Melo has already been offered out in swap deals. Nelson Semedo is also being shown off to Europe as a tempting prospect.

Then of course there’s Ousmane Dembele and Philippe Coutinho, big names who they want rid of, along with Jean-Clair Todibo, Moussa Wague and Oriol Busquets, who all had promising loans but can be bought for the right price.

Finally there’s Emerson Royal, who is co-owned by Real Betis. Barcelona have the option to buy him this summer, but if they do, it will only be to add him to these ranks of departing players clearing space for another big spend.