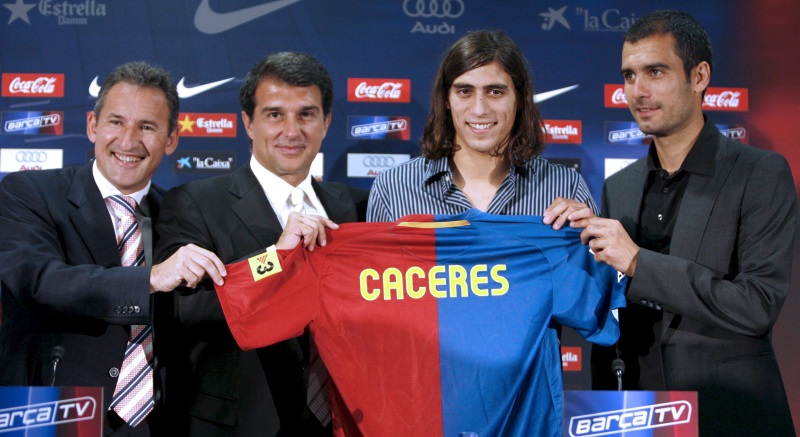 Former Barcelona defender Caceres believes he had coronavirus for 60 days

Former Barcelona defender Martin Caceres – currently at Fiorentina – believes he had the coronavirus infection for 60 days.

The experienced 33-year-old defender has been playing in Serie A since 2012 and has revealed he felt like he had the virus in his lungs for two months.

Caceres spent five years in Spanish football between 2007 and 2012 including making 13 first-team appearances for the Blaugrana.

He initially joined Villarreal from Defensor in his native Uruguay but never played for the Yellow Submarine, instead spending a season on loan at Recreativo and then moving to the Camp Nou in a €16.5m deal that summer.

Caceres spent just one season at the Catalan club before spending a season on loan at Juventus and then moving to Sevilla the following year – spending two seasons at the heart of the defence of the Andalusian club, where he made 55 appearances before joining Juve permanently.

“Without knowing it, I had coronavirus in my body for 60 days,” Caceres said, as cited by Diario Sport. “I had some symptoms between March 8 and 15.

“During the workouts at home, I felt something in my lungs. They told me to be in quarantine and that it would be gone in 20 days.

“Maybe the virus had fallen in love. Yesterday, I was negative after doing the swab test. I’m like new.”