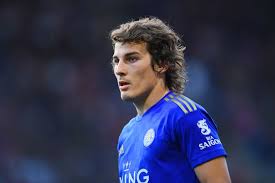 Leicester City defender Caglar Soyuncu could be a summer transfer target for Barcelona, according to his agent Mustafa Dogru.

The Turkish international has played a vital role in the Foxes push for Champions League qualification this season, starting 28 of their 29 Premier League games in 2019-20.

His form over the last two years has attracted interest from Manchester United and PSG, however Dogru hinted La Blaugrana could reignite their interest in his client.

“It is possible that Barcelona could sign Caglar this summer, as they wanted to sign him before he moved from Altinordu to Freiburg,” he told an interview with Diario AS.

“We negotiated with them back then, and they presented an interesting project.

“But we wanted a situation which guaranteed first team football for Caglar, which is why we chose Freiburg.

“Liverpool are the only Premier League side that could sign him, but PSG could also be an option.”

Barcelona boss Quique Setien is likely to highlight defensive reinforcements as a priority this summer, due to the uncertainty over Jean-Clair Todibo and Samuel Umtiti.

Todibo is expected to make his loan move to German side Schalke 04 a permanent switch, and Umtiti is a potential departure, due to his continuing injury problems.

Leicester are expected to demand in the region of £50m for the 23-year old, whose contract at the King Power Stadium runs until 2023.

The Catalan side will only make a move for Soyuncu if they can offer him a first team role, with Clement Lenglet and Gerard Pique their current first choice options at centre back.