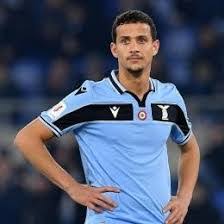 Lazio defender Luiz Felipe has expressed his delight at being linked with a possible summer move to La Liga leaders Barcelona.

La Blaugrana are rumoured to be hunting for defensive reinforcements this summer, amid concerns over the futures of Jean-Clair Todibo, Samuel Umtiti and Junior Firpo.

Felipe has emerged as one of the names linked with a switch to the Camp Nou, after a consistent season with the Serie A side.

The Brazilian U23 international is a cheaper option than fellow targets Milan Skriniar and Dayot Upamecano, and he is open to a move.

“I am excited by these links, as it means I am doing things right, as big teams are watching me,” he told an interview with UOL, reported via Mundo Deportivo.

“But I am focused on Lazio, and what happens this summer depends on the club.”

Felipe joined the Italians from Brazilian club Ituano in 2016, and with two years to go on his current contract, he is valued at €18m by Lazio.

After playing a bit part role in the last two seasons, he has now stepped up as Francesco Acerbi’s full time defensive partner in 2019-20.