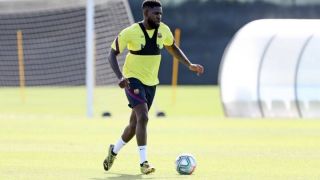 This week has seen La Liga players return to training, once their coronavirus tests were complete, and finally after almost two months apart the coaching staff get a look at what they have to work with in the next month or so before games are supposed to restart.

According to an interesting piece in AS which takes Barcelona as a case study, things are bad, but not as bad as feared. There’s been some gain of weight and body fat, and a loss of aerobic capacity, but no more than you’d expect given the circumstances.

The Blaugrana players “have done their homework” in terms of keeping to the fitness schedules laid out for them by the staff, meaning that they’ve dropped to around 40-45% of their peak fitness.

That’s a long way off, and there will be some brutal hard running before they get back to where they need to be to compete at the top level again, but every team is in the same boat now.