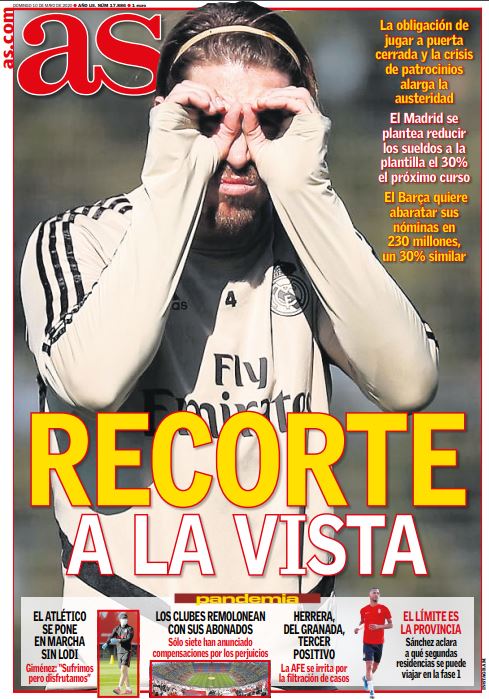 Barcelona and Real Madrid are both planning to reduce their first team squad salaries by 30% ahead of the 2020-21 La Liga season.

According to Sunday’s front page of Diario AS, the El Clasico pair are both considering major cuts as part of financial restructuring this summer.

Clubs from across the Spanish top flight are expected to be severely impacted by the ongoing La Liga suspension due to the coronavirus pandemic.

Barcelona are reportedly aiming to recoup an estimated €230m due to the reductions, with transfer budgets also reduced and big name arrivals restricted this summer.

The report also states the likelihood of games being played closed doors will effect sponsorship deals, with pitch side advertising reduced to zero.

La Liga is working towards a return for the 2019-20 campaign in mid-June, however games are certain to be played without fans for the remainder of the season.

Supporters are unlikely to be permitted to attend games if the 2020-21 season begins as planned in September, with restrictions rumoured to be in place until the end of 2020.