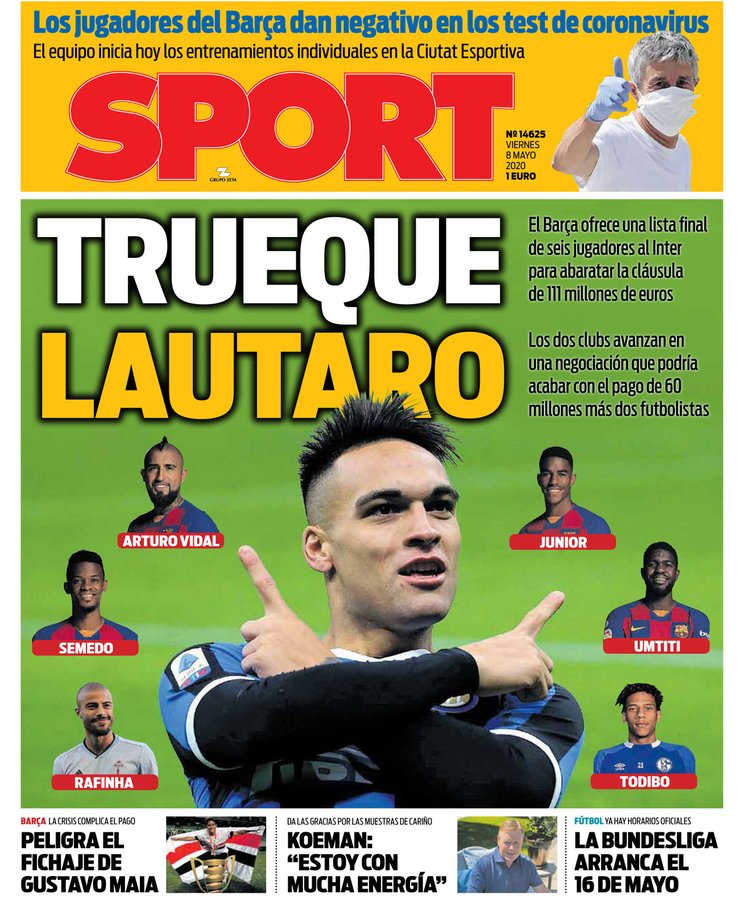 Barcelona have 11 players who are ‘on the table’ in player-exchange deals this summer of whom nine have been offered to Inter to help lower the fee for Lautaro Martinez.

The details are outlined by El Mundo Deportivo and follow a similar trend to the front page of Friday’s Diario Sport, which says the Milanese giants have been offered six players from the Blaugrana to help lower Martinez’s €111m release clause.

In convoluted arrangements, Barca have also proposed players such as Ousmane Dembele and Philippe Coutinho to be arranged in swap deals.

Coutinho could be offered to Chelsea, Tottenham or Paris Saint-Germain in exchange for N’Golo Kante, Tanguy Ndombele or Neymar respectively, while Brazilian Neymar’s return to the Camp Nou could be part-funded by Dembele among others.

Umtiti, Rakitic and Semedo could all form part-exchange in up to four different theoretical deals – Semedo may be swamped for Manchester City’s Joao Cancelo with Umtiti potentially going the other way in a deal for Napoli’s Fabian Ruiz.