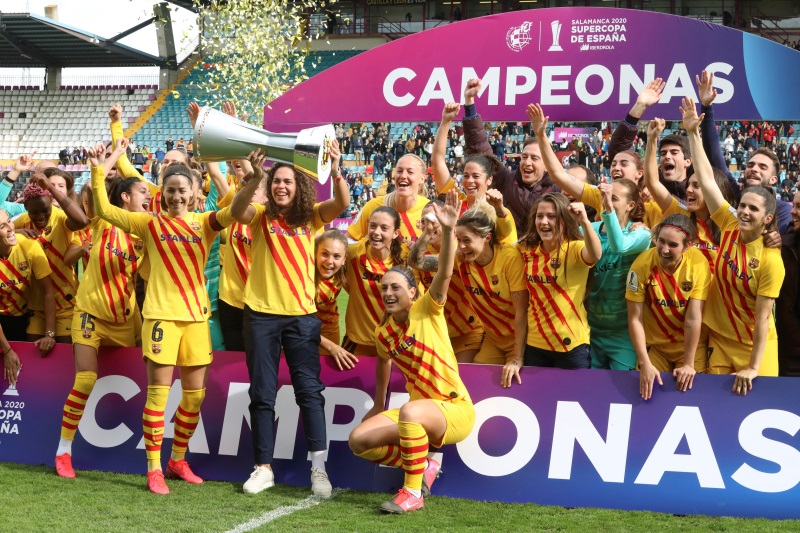 Barcelona have won the women’s Primera Division for the first time in five years after the season was cut short due to the coronavirus pandemic.

As outlined by El Mundo, all non-professional football was stopped in the nation by the Spanish FA with the final league table declared as the end outcome with nine rounds of fixtures remaining.

Barcelona were nine points clear of Atletico Madrid in second, bringing an end to the capital club’s three year hold on the trophy.

It is the first time Barca, who finished runners-up to Lyon in last season’s Champions League, have won the league title since 2015 and it is their fifth title in their history – drawing them level with Athletic Club Bilbao.

There will be no relegation this year – meaning that basement side Espanyol, who have no won a game all season, will be spared of the drop.

However, there will be promotion with both Eibar and CD Santa Teresa set to feature in an expanded 18-team league next season, when four sides – rather than two – will be relegated.

CD Tacon, who will be rebranded as Real Madrid from next season, finished 10th in their debut top-flight campaign.