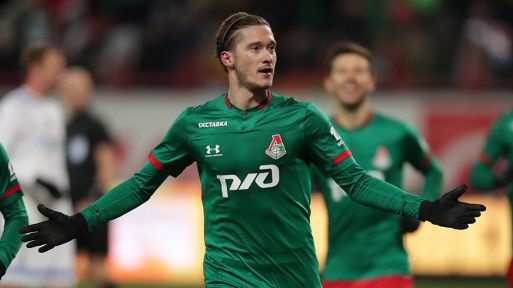 Barcelona need reinforcements this summer, and while they have some assets to move to to raise cash, it’s going to be a strange short summer and they may find it difficult to sign or sell.

Versatile, affordable players are what they need, and according to Mundo Deportivo, they’ve got their eyes on an interesting one.

It’s not often you hear the Spanish champions linked with 25 year old CSKA Moscow players, but that’s the case today, with Aleksey Miranchuk named as a target for the Blaugrana.

There are even whispers that Eric Abidal has already been to Moscow to discuss the potential switch.

Miranchuk has been a revelation for Moscow this season, emerging as a key player in central midfield capable of playing in different roles. Barcelona could really do with a player like that, and given he’s not going to command a crazy fee like Neymar or Lautaro Martinez or some of their other targets, signing him might be relatively straigthforward.

Perhaps by signing a lesser known star like him in the middle, they can save time and money to be deployed elsewhere in their grand renovation.