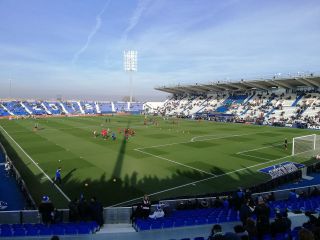 La Liga are considering piping fake crowd noise into stadia while games are being played behind closed doors, according to a report in Sport this morning.

The paper reports that the Spanish top flight are doing everything they can to get back on track as soon as possible, and it’s being taken as read that games will be played without fans for some time.

In an attempt to make players feel more comfortable, and to improve the experience for fans at home, one of the suggestions being considered is the addition of ambient recorded sounds to the grounds where games will be given the green light to be played.

There have been equally outlandish suggestions in the Premier League this morning too, where PFA chief Gordon Taylor has suggested that games of less than 90 minutes are being considered when the Premier League resumes to help players remain fit if games are played in a rapid-fire fashion over the summer.