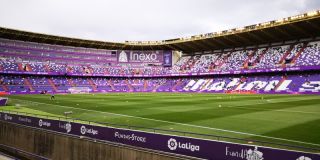 Real Valladolid will return a percentage of the price of season tickets to holders for games which fans can no longer attend this season.

The club confirmed the news in a statement on Monday, by saying that they ‘could not understand football without fans’, but clarifying that everyone who had paid for a full season would be reimbursed relative to what games had not taken place.

They confirmed that due to circumstances beyond their control, no fans would be in stadiums across Spain for the remainder of the season.

There are growing fears that the 2019/20 campaign will not be completed due to the indefinite suspension of football in Spain caused by the coronavirus pandemic, although La Liga insist that the intention of the league remains to complete the season.

La Liga hopes to resume the 2019-20 season, which has 11 rounds of games still to play, in mid-June, although there are fears that fans will not return to stadia until 2021.