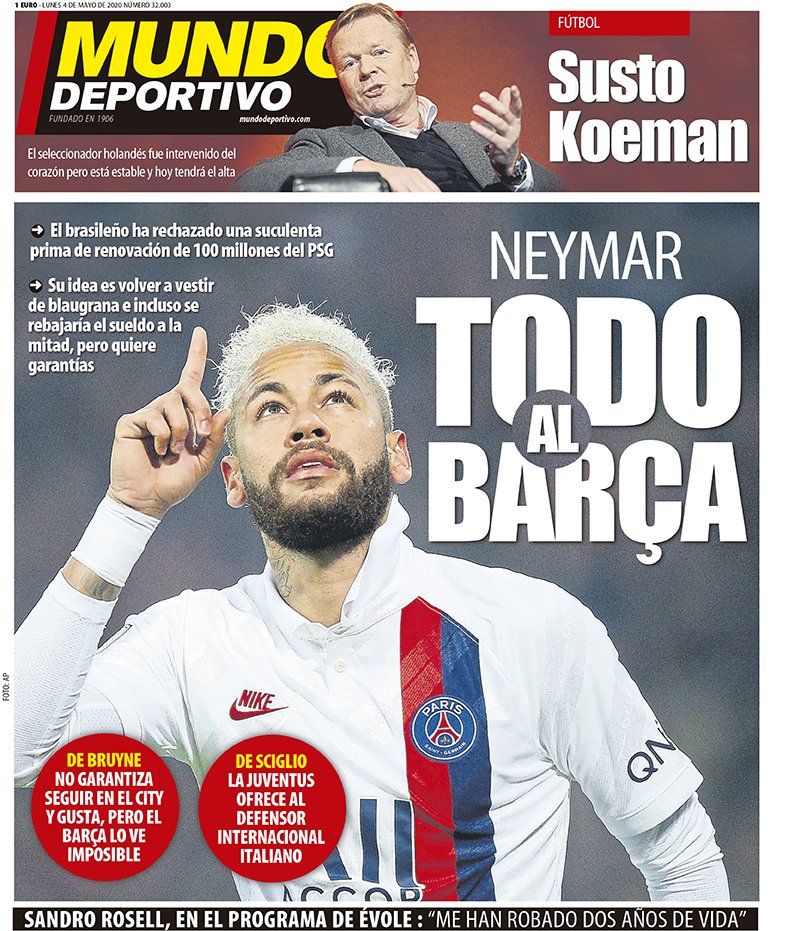 Paris Saint-Germain striker Neymar is reportedly willing to accept a 50% wage cut to secure a return to Catalonia this summer.

Barcelona were linked with a move for their former star ahead of the current campaign, but were rumoured to be unwilling to pay PSG’s €200m asking price.

However, according to the front page of Monday’s edition of Mundo Deportivo, the 28-year old remains determined to rejoin Quique Setien’s side.

The report states Neymar has already rejected a €100m renewal offer in the French capital, in order to force through a move back to Spain.

PSG could lower their price to €150m in the coming weeks, with Neymar unwilling to extend his stay beyond June 2022.

Barcelona could be open to bringing the former Santos man back to La Liga, however they have also been heavily linked with a move for Inter Milan forward Lautaro Martinez.

The Argentina international has a €111m clause at the San Siro, which becomes active in the first two weeks of July.´

However, due to the financial impact of the coronavirus pandemic, the Catalan giants are unlikely to sign both players, meaning Setien will have to prioritise one move.