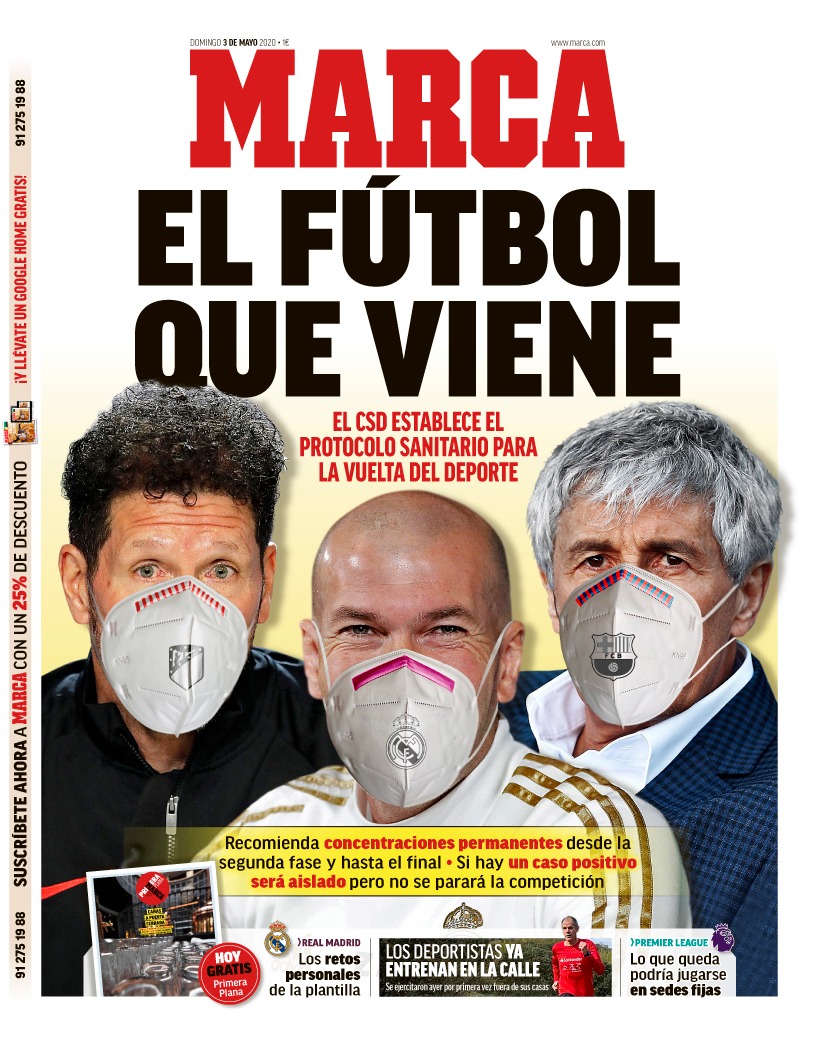 The 2019-20 La Liga football season has apparently taken another cautious step towards a potential return in the coming weeks.

Spanish PM Pedro Sanchez has confirmed a set of measures to be implemented from May 4, which could see the return of football in the Spanish top flight.

The front page of Sunday’s edition of Marca echoes the confidence over a return, hinting at a return, albeit with a few differences.

Clubs are permitted to return to training from next week, with the majority expected to implement conronavirus testing for their players and staff from May 4 onwards.

This could enable individual training sessions to begin from the following week, with Real Madrid potentially starting from May 11.

La Liga are still working on a potential return dates for the 2019-20 season, with dates in May and June being discussed as possibilities.

UEFA have confirmed they will require clubs to submit their plans for season returns by May 25, in order to be considered for European competitions in 2020-21.