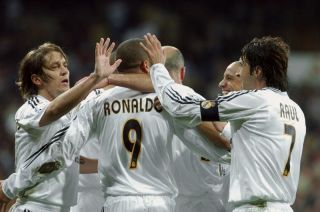 One of the most chaotic and troubling scenes in La Liga history resulted in the one single game being played across two separate years, and with one of the teams involved starting and finishing the match with different managers in charge.

In December 2004, Real Sociedad – from the Basque city of San Sebastián – visited the original Galáctico side of Real Madrid which boasted, among others, Ronaldo Nazário, Zinedine Zidane, and David Beckham. At the time, Los Blancos were coached by Manolo García Remón, a former goalkeeper who picked up six La Liga titles with Madrid in the 1970s.

The game began as expected, with the favoured home side enjoying the lion’s share of possession, control, and chances. Eventually they took the lead with an acrobatic strike from Brazilian striker Ronaldo, who controlled a Míchel Salgado cross in the air before manoeuvring his body to strike an unstoppable volley into the back of the net.

Opportunities to double the lead came and went, without Madrid taking advantage. Eventually, Turkish striker Nihat Kahveci levelled the game for the Basques with 18 minutes remaining with a fabulous half-volley.

The off-field drama began in the 88th minute, when match officials were notified by Basque terrorist separatist group ETA that a bomb would go off in the stadium just after the game’s conclusion.

ETA is the acronym for the Basque armed separatist group Euskadi Ta Askatasuna, roughly translating to ‘Basque Country and Freedom’. They formed during the fascist regime of Francisco Franco, who believed in a central, Castilian version of Spain for the whole of the country, and actively persecuted Basque culture and people, including outlawing the Basque language. ETA fought for the liberation of the Basque Country from Spain and carried on with their armed struggle beyond Franco’s death in 1975, into Spain’s democratic period.

The group is known to have been responsible for the killing of over 800 people since 1968, while they maimed and kidnapped hundreds more. Their threat was to be taken seriously, and a potential bombing of the Real Madrid stadium was something they may have viably carried out. The referees took the immediate decision to abandon the game with two minutes left on the clock, and then it was up to stadium officials and stewards to attempt to safely evacuate the teams and 70,000 supporters in the ground. Looking back, that it took only eight minutes to empty the huge Santiago Bernabéu stadium is a feat to be proud of for the organisers and fans present at the game who moved with calmness.

In the end, the bomb threat proved to be nothing but an empty threat, as no device was found in the stadium following a search. Years after the incident, Turkish forward Nihat, who equalised for Real Sociedad, revealed to Marca that once the referee informed the players of the situation, they all left the pitch calmly, apart from his teammate Darko Kovačević, who left the pitch ‘running.’

Nihat explained to the sports paper that the team had a ‘healthy’ goal scoring competition amongst the players, but later in the bus after the game was abandoned, Kovačević said to Nihat, ‘if the game is cancelled, your goal doesn’t count.’ The goal scorer replied: “Bloody hell, Darko, we’re all scared, and you’re worrying about goals.”

Three weeks later, the last six minutes of the game were scheduled to be finished. It was agreed that six minutes would be played based on the remaining two minutes left on the clock, plus an added four for the likely additional time that the referee would have prolonged the game for.

Tickets were handed out to fans for free to allow them to get behind them in full, and a jovial air of relief and celebration filled the Bernabéu. By that point, Madrid had a new manager on the sideline, with Vanderlei Luxemburgo replacing García Remón in the intervening three weeks. The game was Luxemburgo’s debut as Madrid manager.

For the final six minutes of the game, rescheduled and often dubbed ‘the shortest game in history,’ Madrid went full pelt at Real Sociedad, hoping to give their buoyant crowd something to cheer. Ronaldo Nazário provided just that. In the same interview with Marcha, Nihat explained “they created a lot of chances, and that fatty (Ronaldo) gave us problems.”

A long ball to the Brazilian magician let him control it before facing his opponents, gently drifting into the box, setting the stage for his trademark stepovers to send the defender lunging late into a tackle resulting in a penalty for Madrid. Zidane made no mistake and put the Galácticos up 2-1, three weeks after the game kicked off.

Those historic last six minutes were played on the night of January 5, 2005, the night in Spain where the three magic kings leave presents for children much like Santa Claus. One extra present was gifted to Madrid fans with that Zidane strike from 12 yards.