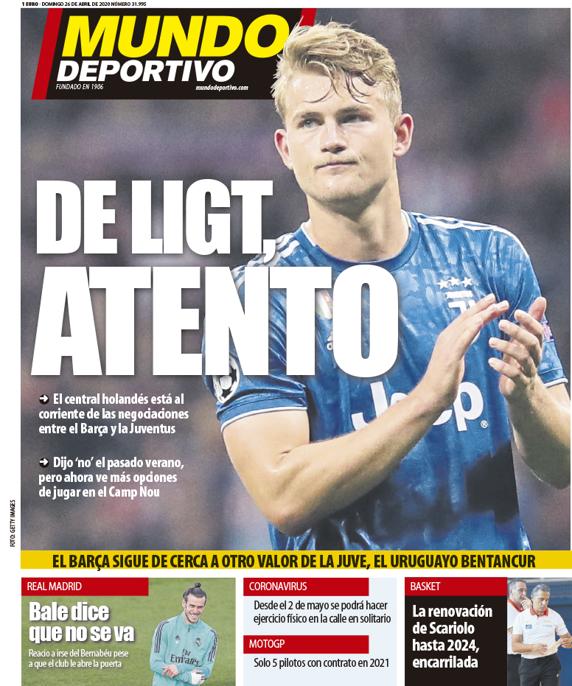 Barcelona and Mattijs de Ligs aware of each other’s interest

Matthijs de Ligt was one of the two hotly pursued Ajax youngsters who left the club last summer after their superb Champions League run.

De Ligt went to Juventus, while his teammate Frenkie De Jong picked Barcelona. It looked like a parting of the way for the pair, but according to Mundo Deportivo, they could be reunited sooner rather than later.

After an up and down year in Turin, they say that Barcelona are still watching the central defender, and he’s aware of their interest. The possible departure of players like Samuel Umtiti makes first team minutes look more achievable than they did a year ago when the 20 year old was making his choice.

Of course the coronavirus situation is going to make any big spending unlikely, and it’s hard to see this deal being pulled off this summer. But it’s easy to see why both player and club are keeping in contact, waiting for an opportunity to emerge.