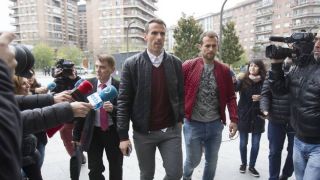 9 of 11 on trial in “Osasuna case” given prison sentences

The first wave of trials relating to the 2013/2013 match fixing scandal centred around Osasuna have been concluded, with the announcement that 9 of the 11 on trial have been sentenced to some form of prison time.

That includes two ex-players, Antonio Amaya and Xabier Torres, who were given a one year sentence each after being found guilty of the crime of sporting corruption, as well as numerous fixers, agents and middlemen who had enabled the match fixing in the lower levels of Spanish football to flourish.

AS here have the full list of the accused, the crimes they were found guilty of and the punishments they received.

The trial had been largely pushed out of the news by the coronavirus chaos, but it’s great to see a vital step in the fight back against match fixing in the lower leagues in Spain.

This will by no means be the last we hear on this – but it’s a promising start in this long fight.