Arsenal are looking out for a new central defender – aren’t they always?

The Gunners aren’t happy with their current options, and had been linked with a few potential transfers, including emerging La Liga star Unai Nunez. 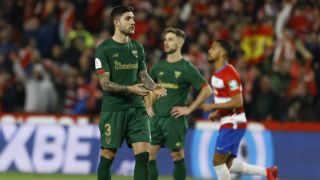 The Athletic Bilbao star is apparently on the radar of fellow Basque Mikel Arteta, but according to today’s Daily Express, it’s not a deal the London-based team think they can get done.

They’re reportedly moving on to other targets having found what the La Liga side are demanding for their commanding centre-back.

As Bilbao can’t sign non-Basque players, they have huge cash reserves, and use them to sign their home-grown stars on massive contracts.

It also makes them very reluctant to sell unless a club offers their stars’ buyout clauses, which are set prohibitively high.

All of that means that Nunez would be a very very expensive buy, and it looks like once again Arsenal will be forced to settle for a second rate option instead.