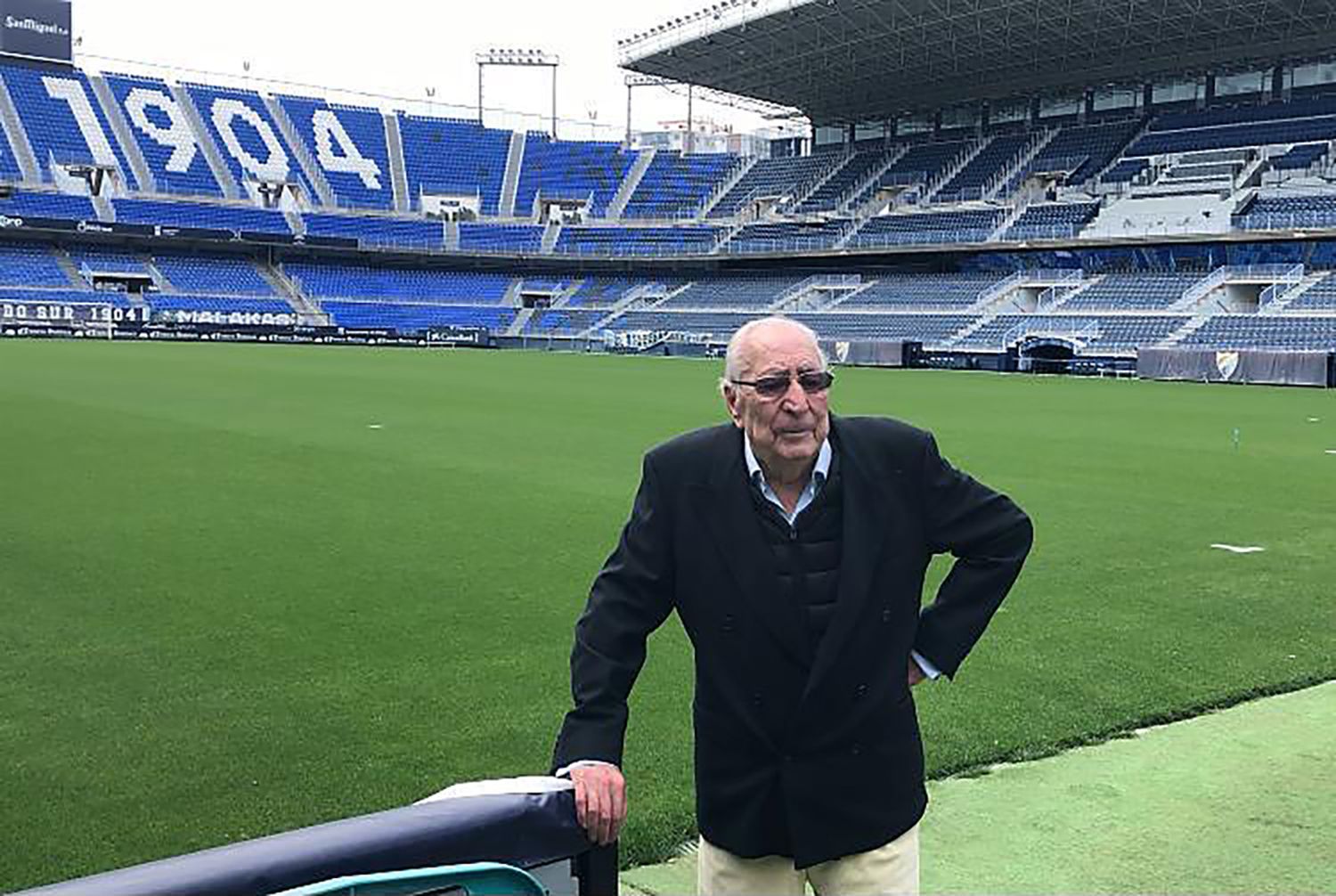 Andres Perales and his son Andy are spending lockdown during Spain’s state of emergency inside Malaga CF’s Rosaleda stadium.

Andres, aged 86, has held every role at the club aside from being a player, manager or coach, and has been living at the club’s stadium since 1989.

Their residence is rent free – the costs are covered by the local authorities and city council – with the current house built as part of the stadium’s remodelling in 2002 and can be accessed at the stadium’s Gate 18, with his name attached.

Andres – who is now retired – initially joined the club as a bus driver when he worked for a private company, but has since held a multitude of positions including gardener, masseur, janitor and groundsman.

“This is my life, all my youth has been here in La Rosaleda,” Perales told La Sexta TV.

“I am very sorry to see it (the stadium) empty like this, after the way I have seen it before – packed, with people going in and out. It is very sad to see it like this.

“You have to have courage because this virus does not respect anyone – not the young nor the old, nor the poor nor millionaires.”

His son Andy explained to El Pais that during the quarantine, he makes use of the club’s in-house facilities: “I go to the gym of the first team to do a little exercise.

“I don’t go into the stadium too often, I’ve seen it enough times.”

Andy, along with two of his six siblings, were involved in disinfecting the stadium and its facilities last month to ensure it was clean from any virus.