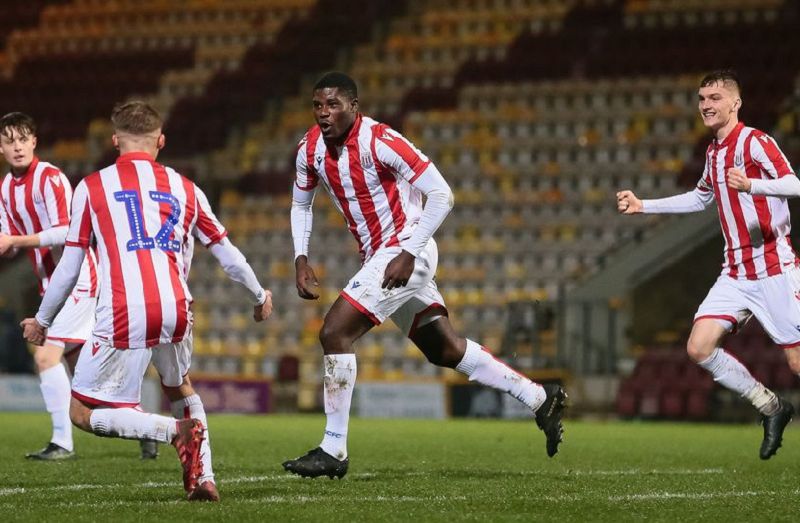 Atletico Madrid competing with Chelsea for signature of Mohamed Sankoh

Atletico Madrid have one of Europe’s most impressive academies, and regularly turn out players like Koke, Thomas Partey and Alvaro Morata (eventually) to play in the first team.

Their record comes not only from developing good players themselves, but also signing the best teenagers to boost the academy.

They’re apparently looking to keep up this habit now, as Goal report their interest in Mohamed Sankoh, the 16 year old Stoke City phenomenon.

Unfortunately for Atleti, they’re not the only ones interested in him. Chelsea, similarly known for their intelligence in buying and developing youngsters, are also chasing the teenager.

According to the report, Atletico have had talks with Sankoh, who played with Blues youngster Ian Maatsen at the U17 World Championship – and won.

That relationship might give the English side the edge, but Madrid remains a top destination for any young player, and seeing the progress that kids like Partey and Koke have made in the first team as youngsters may well swing it for Los Rojiblancos.