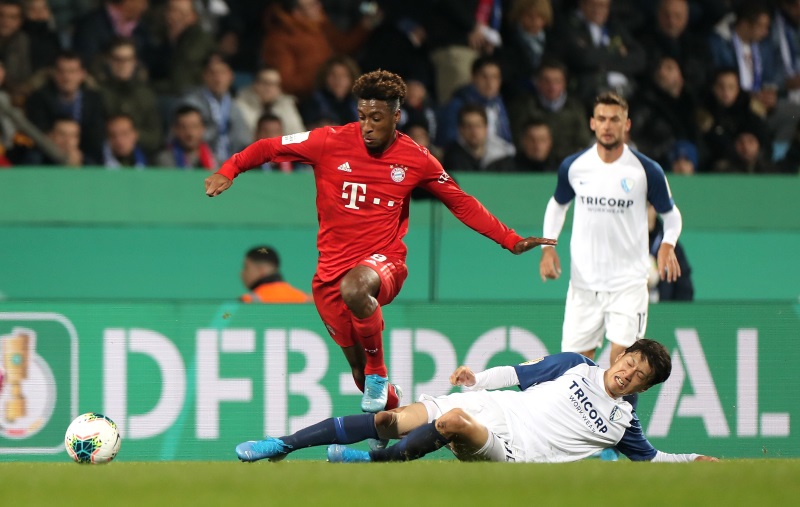 Barcelona have grand plans to bolster their attacking ranks this summer, but German outlet Bild have suggested Bayern Munich’s Kingsley Coman is now an option.

The 23-year-old has established himself as one of the best wingers in world football and could be alternative for the Catalan giants should their attempts to sign Inter striker Lautaro Martinez or Paris Saint-Germain star Neymar fall through.

Coman’s contract at the Bavarian club runs through until the summer of 2023 but the report says that he could be available for as little as €40m, which is significantly more affordable than the Blaugrana’s other transfer targets.

However, the report adds that the France international – who has suffered multiple injuries throughout his career – has no intention of leaving the German champions.

Coman initially joined Bayern from Juventus in a loan deal in the summer of 2015 before making the move permanent two years later – he has netted 30 goals and provided 33 assists in his 147 games for Bayern.