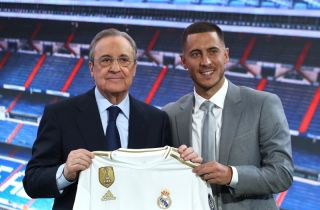 Real Madrid could lose up to €15M in vital revenue due to the cancellation of the pre-season International Champions Cup.

The 2020 competition was due to take place ahead of the 2020-21 season, with Los Blancos and Barcelona both scheduled to play.

However, due to the ongoing Coronavirus outbreak in the United States, it has now been cancelled.

Alongside the disruption to pre-season for Zinedine Zidane’s side, reports from Diario AS claim they could lose significant funding.

The report states Real Madrid received €12M from their participation in last season’s tournament, an improvement from €10.8 in 2018-19.

The major source of financial loss is focused on the cancellation of an El Clasico meeting with Barcelona.

The clash between the two arch rivals was due to open a new stadium being built in either Las Vegas or Los Angeles.

However, both construction projects have been placed on hold due to the pandemic, and a growing rise of cases in the US.