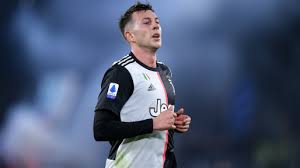 Barcelona are monitoring Juventus forward Federico Bernardeschi, ahead of a potential summer bid for the Italian international.

Bernardeschi has been linked with an exit from the Serie A side, after falling down the pecking order under Maurizio Sarri.

According to reports from Catalan newspaper Diario Sport, La Blaugrana are set to reignite their interest in the 26-year old.

Barcelona were rumoured to have contacted Juventus in January, with Croatian international Ivan Rakitic potentially added into the deal.

However, no concrete offer was made, and the former Fiorentina man remained in Turin.

Bernardeschi has grown frustrated at a lack of first team opportunities under Sarri, with offers of €20M now considered.

Quique Setien is on the hunt for reinforcements this summer, with Lautaro Martinez and Pierre-Emerick Aubameyang rumoured to be on his list of targets.

Bernardeschi would represent a cheaper option than both of them, plus the option of being used as a midfielder.