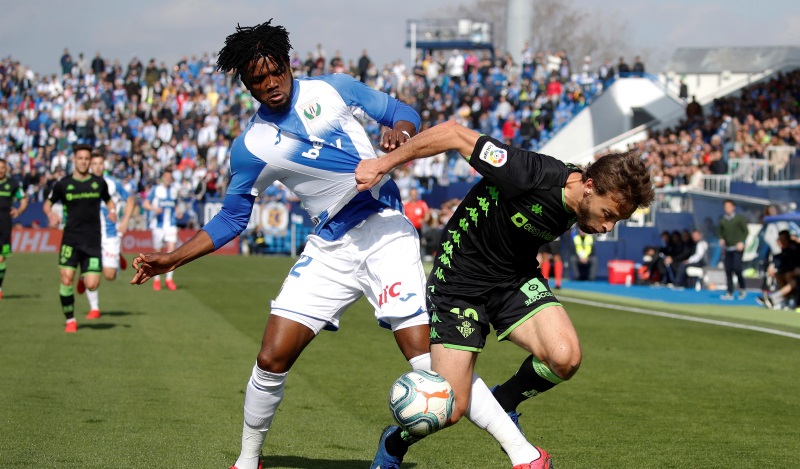 Sevilla have been linked with an €8m swoop for Nigerian international defender Chidozie Awaziem, owned by Portuguese giants FC Porto.

The 23-year-old is currently on a season-long loan deal at Leganes but is said to be available for transfer this summer by Portuguese newspaper Récord and the Andalusian club are interested, as cited by Estadio Deportivo.

The central defender has impressed at Leganes this campaign – making 18 appearances in La Liga and showing signs that he is not out of place in the division.

His contract at the Portuguese club expires in the summer of 2021 and they are said to be ready to cash-in on his signature this summer, with Sevilla currently leading the interest.

Awaziem made his Porto debut in 2016 but has mainly spent time out on loan since – for the 2017/18 campaign he was on loan at Nantes in France before joining Turkish club Çaykur Rizespor last season and moving to Leganes last summer.

He has been capped 16 times by the Nigerian international team.