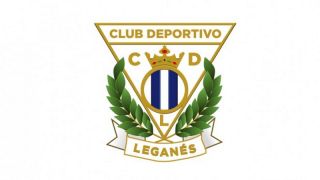 Leganes first-team squad are negotiating a salary reduction with the club and will likely 20% of their wage to protect the income of non-playing staff at the club.

It is said that the club’s captain are holding talks with officials in order to reach an agreement, with 20% of their pay sacrificed if the season does not resume, 3% if it is played behind closed doors and 2.5% if it is played with fans.

Footballers want regular workers (press, administration, maintenance, etc.) to be unaffected by this crisis and for them, the main sports team, to bear the impact of this crisis.

The details are outlined by Diario AS, who say that should there not be an agreement then the club will look into bringing forward an ERTE as a last resort.

An ERTE is Spain’s temporary redundancy scheme which is activated by the state of emergency within the country, with businesses losing access to their profits.

A Barcelona statement on Monday confirmed that the club’s players would sacrifice upwards of 70% of their wages to protect the income of the club’s non-playing staff.

An Espanyol statement also confirmed 70 percent pay cut for all players, coaches, physios of their men’s, women’s and youth teams while Atletico Madrid confirmed the same move on Thursday.

Football across Spain has been suspended indefinitely, with a return before the summer months highly unlikely.

Spain is now behind only Italy on the global scale for the most deaths due to the virus, with the nation now 19 days into a 30-day state of lockdown, which now appears likely to be extended.