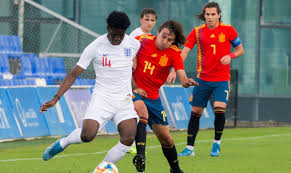 According to reports in Diario AS, the French club have been scouting the 17-year old on a regular basis this season.

Serrano is highly rated by Los Rojiblancos, who have a proud history of promoting youth players into the first team.

The Spanish U19 international is yet to make a senior appearance for Diego Simeone, despite his performance for the club’s reserve side, and PSG are looking to pounce.

His current deal at the Wanda Metropolitano expires in 2022, with a reported release clause of €26M.

However Thomas Tuchel’s are unlikely to offer such a high price for an unproven player, and will look to begin negotiations at a much lower price.

Any potential deal is likely to be dependent on Simeone’s immediate plans for Serrano, and primarily if he can convince him to wait for a first team breakthrough.