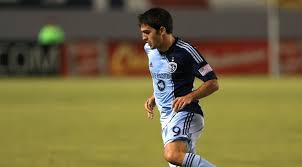 Another one of Dovale’s former clubs, MLS side Sporting Kansas City, have today released an official statement confirming the news.

Dovale returned to Spain earlier this year after being released by Thai side Navy FC.

He has reportedly been working in his family pharmacy in Coruna, after completing his studies in the area four years ago, and then opted to remain in Spain following the Covid 19 outbreak.

Dovadale has been an outspoken of the critic of the lack of basic medical supplies currently available in Spain, as the government looks to increased their efforts in the fight against the virus.

The 29-year old came through the youth ranks at Barcelona, before moving on to the Galician club as a 15-year old.

After making 80 appearances in all competitions for Celta Vigo, he moved on to the United States in 2014.

He then returned to Spain, with moves to Lugo, Leganes and Rayo Vallecano, before enjoying spells in India, Cyprus and Thailand.