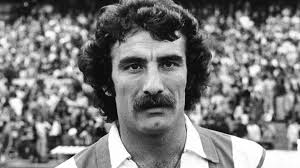 The club confirmed the news via an official statement earlier today.

Capon made over 200 appearances for Los Rojiblancos in a highly successful spell between 1970 and 1980.

He also played in the 1974 European Cup final, in Atletico’s first ever continental final appearance, losing a replay tie 4-0 against Bayern Munich.

Capon was one of the most celebrated players to pull on the Atletico jersey, and described his pride at playing for the club in a interview in recent years.

The club’s flag will now be flown at half mast at the Wanda Metropolitano, as the news comes 24 hours after the club announced the tragic death of 14-year old youth team striker Christian Minchola.