That is according to a report in El Desmarque, which claims that neither player costing a transfer fee alongside Atleti’s need to bolster their attacking roster could see them launch the ambitious move.

Former Spain international Callejon is expected to leave the Stadio San Paolo when his deal expires at the end of the current campaign, with Valencia and Espanyol both previously linked.

Napoli signed Callejon in the summer of 2013 from Real Madrid in a €10m deal and he has since made 336 appearances, scoring 80 goals and providing 77 assists for the club.

Despite being aged 33, the forward has still been instrumental for Napoli this campaign and he has made 32 appearances across all competitions to date.

Belgian international Mertens is Napoli’s all-time leading goalscorer but is also out of contract this summer and looks set to leave on a free. 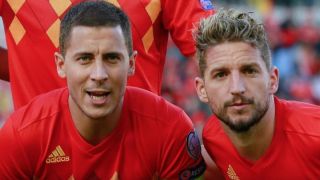