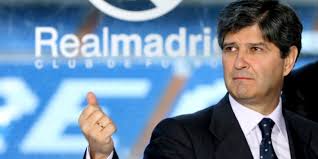 Former Real Madrid president Fernando Martin has been rushed to hospital in Madrid, due to a reportedly suffering symptoms of the Covid 19 virus.

The 72-year old businessman has been taken to the Puerta de Hierro hospital in the Spanish capital, according to reports in Spanish newspaper El Mundo.

He then resigned from the position on April 26, after objecting to the club’s decision to run presidential elections at the end of the season.

Ramon Calderon was subsequently elected as club president, with Martin returning to the board of directors following Perez’s reelection in 2009.

The news of Martin’s health situation follows the tragic news from March 21 that fellow former president Lorenzo Sanz has died after testing positive for the Covid 19 virus.