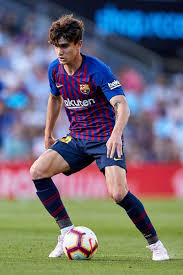 Barcelona are set to offer a improved contract to highly rated midfielder Alex Collado in the coming weeks.

The 20-year old has formed an impressive partnership with Riqui Puig for the club’s B team in the past 12 months.

New manager Quique Setien has regularly included him in match day squads since his arrival in January, and handed first La Liga appearance of the campaign in the 2-0 defeat at Valencia.

The Catalan giants reportedly rejected a number of loan offers for him during the winter transfer window, as Setien was determined to keep him as a squad option.

According to reports in Marca, La Blaugrana will now exercise his two-year extension clause, alongside an improvement in his basic salary.

Collado’s current deal, signed in 2018, expires in June 2021, with the clause agreed by all parties as being invoked if he graduates into the first team.

Puig is also set to agree an new deal, with Setien confident both players can play an important role at the club next season. 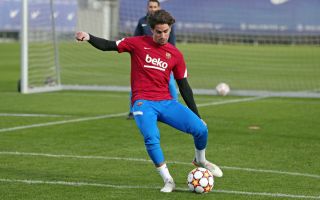 Barcelona confirm that Alex Collado will join Granada on loan in January
9 December 2021, 21:26