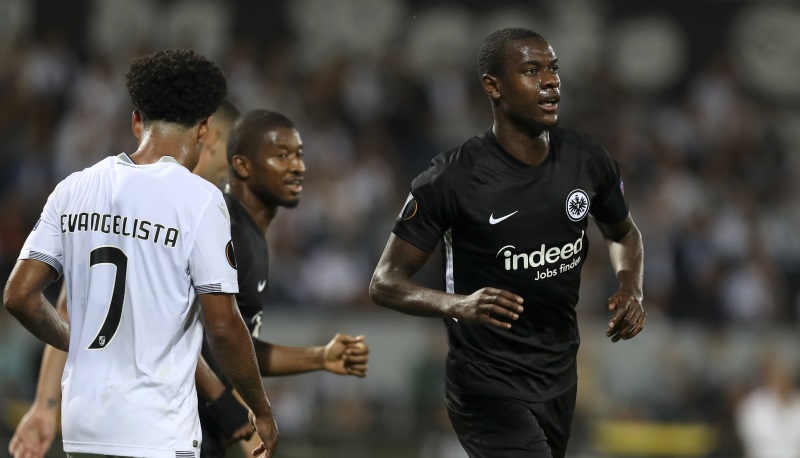 Sevilla and Valencia are among the club chasing Eintracht Frankfurt defender and France France Under-21 international Evan N’Dicka.

The duo’s interest are outlined by Sky Sports, although they face stiff competition with Arsenal and Liverpool both also monitoring the situation along with Milanese duo Inter and Milan.

The left-sided central defender has impressed for the Bundesliga club across 61 first-team appearances since joining them from Auxerre in the summer of 2018 for a reported €5.5m.

Born in France and is of Cameroonian descent, N’Dicka has starred for Les Bleus at every youth level up to Under-21 level and is widely tipped for a bright future at the top level.

Both Spanish clubs will be keen to bolster their backline this summer – Valencia in particularly have multiple injuries in the position including a long-term knee injury for club captain Ezequiel Garay.

N’Dicka is highly rated across a number of clubs and his future may be a big talking point in the coming months.