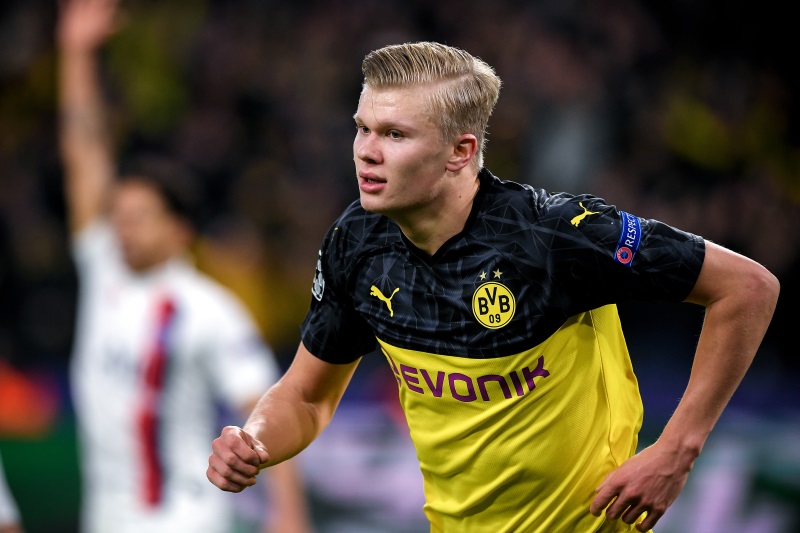 The Norwegian international has been in excellent form following his January transfer to Borussia Dortmund, with 12 goals in 11 games so far.

The 19-year old was linked with a move to Spain prior to that, and is likely to be again this summer, as Real Madrid looking to boost their attacking options.

However, former England international McManaman has called on all parties to take note of previous examples of players moving too soon.

“It is too early for him to leave (Dortmund), he seems happy and he’s scoring goals, McManaman told his column with Horseracing.net, reported via Marca.

“He should leave when he is more experienced, after 200-300 game with Dortmund, and 20-30 in the Champions League.

“You should not leave too early for Real Madrid.

“Look at what has happened with Luka Jovic, he has barely played this season, after a excellent year with Frankfurt in 2018-19.

“Also, if Real Madrid want Kylian Mbappe, he does not need to be there as the same time as Haaland.”

McManaman also revealed he does not believe there is any truth behind the rumours that Real Madrid will move for Liverpool pair Sadio Mane and Mo Salah.

Zinedine Zidane’s side have been linked with a big money offer for Senegalese international Mane, whilst they have a long standing interest in Salah.

However, the former Reds midfielder is confident both players will remain at Anfield, as they are a more competitive option than Real Madrid.