Spanish international Dani Olmo has revealed Barcelona were one of the sides interested in signing him during the January transfer window.

The 21-year old was heavily linked with a return to La Liga, however he eventually opted for RB Leipzig as his preferred destination from Croatian side Dinamo Zagreb.

However the former La Blaugrana youth team player stated that interest from his former club receded prior to the opening of the window.

“I had several offers, not only from Spain, but also England, but in the end Leipzig that showed the most interest, he told an interview with Mundo Deportivo.

“The sporting director came to visit me in Croatia, and told me he wanted me to join the club and that is very important to me.

“The project they offered was not offered by any other team.

“Barcelona spoke with my agents in November, and wanted to do a deal quickly.

“They then postponed the deal, for one reason or another, and by the end of January, the deal with Leipzig was agreed.”

Olmo stated he has now regrets about opting to move to Germany, instead of returning to Spain, and he is enjoying playing in the Bundesliga.

Boss Julian Nagelsmann has drafted him straight into his developing side, featuring in five of their last seven games in all competitions.

Nagelsmann’s side remain in a strong position in the German top flight, as they look to push for a Champions League qualification spot, having secured a place in the quarter finals of this season’s competition after knockout Tottenham in the previous round. 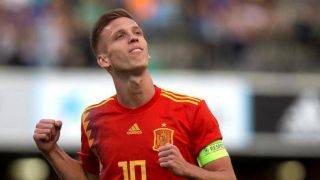 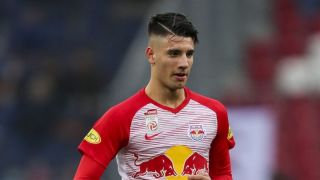