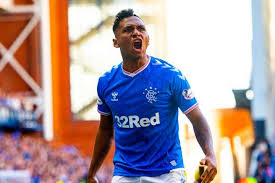 Atletico Madrid are being linked with a shock summer move for Glasgow Rangers striker Alfredo Morelos.

Diego Simeone is likely to boost his attacking options in the summer, after being linked with Edinson Cavani and Fernando Llorente during the January transfer window.

Reports from Diario AS, claim Los Rojiblancos could look to move for the Colombian international, after an impressive season in the Scottish Premiership.

The 23-year old has become a fans favourite at Ibrox following his 2017 move from Finnish side HJK, with 44 goals from 89 league games.

Morelos would represent a cut price option for Atletico, in comparison to other players they have been linked with in recent weeks.

He is likely to cost in the region of €15-20M, which could be funded by player sales ahead of the new season.

The report states there are continuing doubts over the futures of both Diego Costa and Ivan Saponjic, who have both endured injury disrupted seasons in 2019-20.