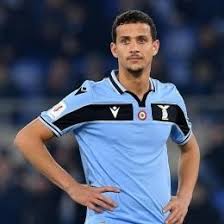 Barcelona are reportedly considering a move for Lazio central defender Luiz Felipe ahead of the start of the 2020-21 campaign.

The Brazilian U23 joined the Serie A side from his boyhood club Ituano in 2016, and he has established himself as a consistent and versatile option so far this season.

The 22-year old has struck a strong partnership with Francesco Acerbi and Stefan Radu as Simone Inzaghi’s side push for European qualification.

Luiz agreed a new deal in March 2018. with his current deal at the Stadio Olimpico set to expire in 2022.

However, despite his immediate future being committed to the club, Barcelona are confident of securing a potential deal in the region of €20M.

Defensive reinforcements are likely to be a priority for Quique Setien this summer, due to ongoing fitness concerns for Samuel Umtiti, and the potential that Jean-Clair Todibo may move from the club.