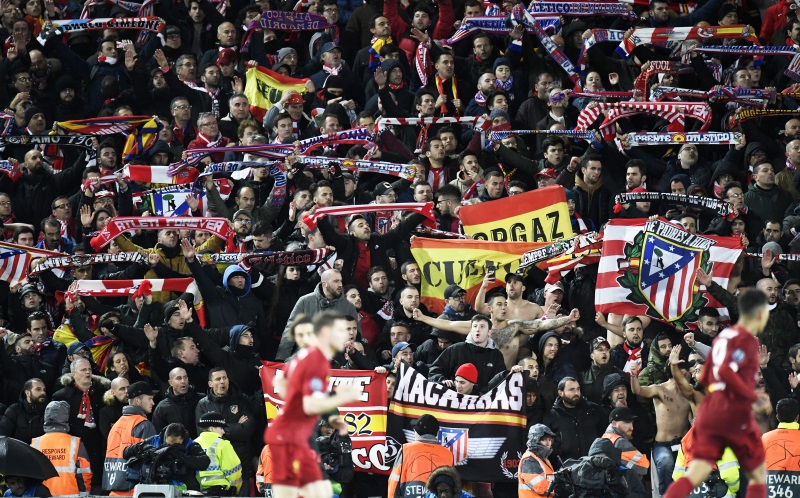 There has been widespread criticism of Atletico de Madrid fans being in Liverpool after the English city confirmed 10 new cases of coronavirus.

There were 3,000 fans of Atleti in the English city to see their team record a memorable Champions League victory on Wednesday night, but the decision to allow fans into the match had been met with great skepticism and alarm.

Marca cites the Liverpool Echo in quoting a public health expert who criticised the decision of allowing the fans to come in from the Spanish capital – with multiple coronavirus cases – to drink in the bars and potentially spread the virus.

Liverpool has 10 new cases of the virus confirmed on Thursday – six from Liverpool itself, three from the Wirral and one from Sefton.

There are 1388 confirmed cases of coronavirus in the city of Madrid – while Spain has a total of 2968, with 88 deaths to date.