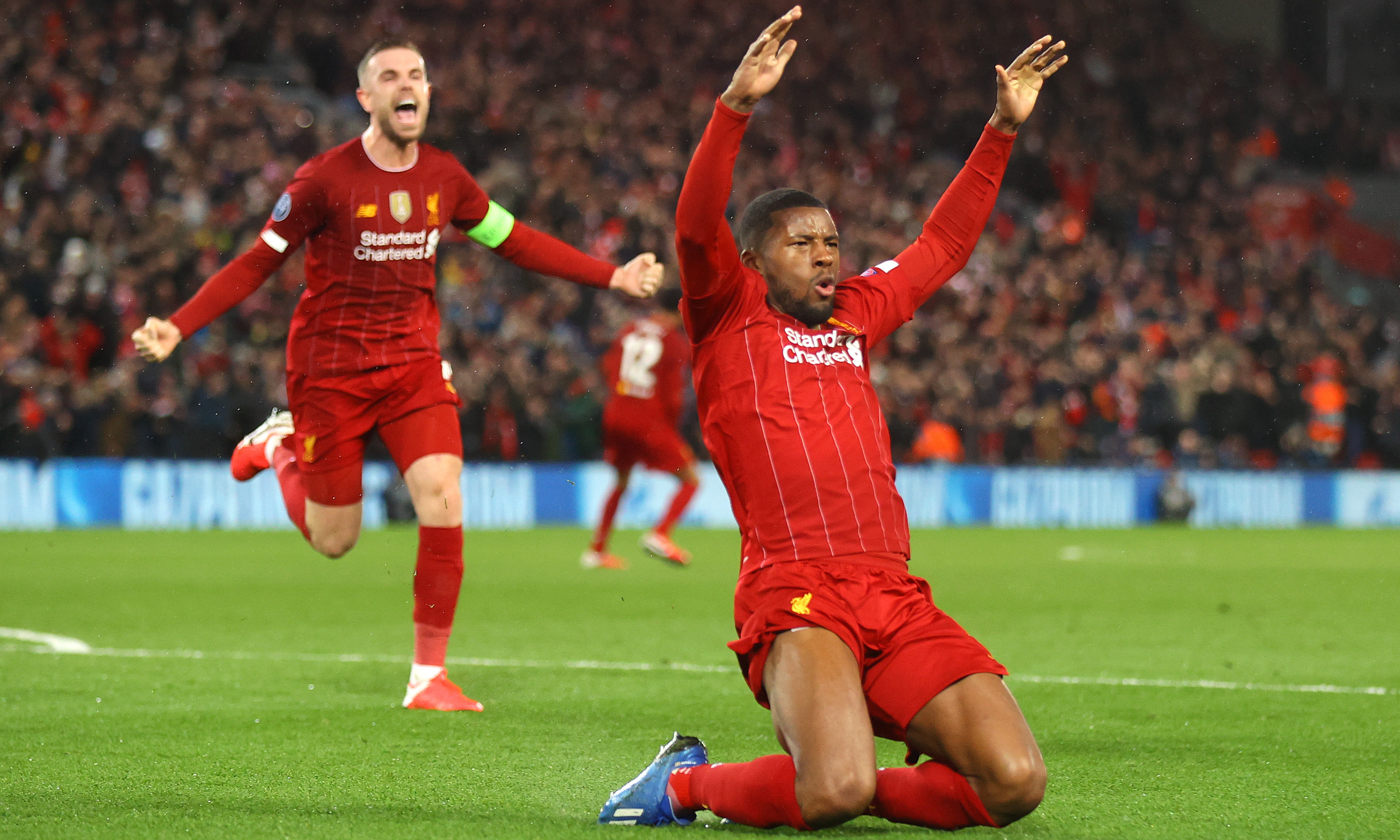 After a period of pressure, the Dutch international  connected with a superb cross from Trent Alexander-Arnold to head past Jan Oblak.

He always comes up trumps when Liverpool need him 🔴 pic.twitter.com/aGcWm8DIre

Trailing 1-0 from the first leg at the Wanda Metropolitano, Liverpool have been very conscious of Atleti’s defensive prowess in the build up to the game and they would have been hoping to score a first half goal.

The match got off to a frantic start as Diego Costa was put through in the first 30 seconds, and the Spanish international  caught Liverpool’s Joe Gomez napping and stole in behind to drive at Liverpool’s goal.

However, perhaps due to his recent recovery and return, Costa was caught up by Gomez and shot wide under pressure.

From there it has been all one way traffic for the hosts, with Alex Oxlade-Chamberlain and Sadio Mane both testing Oblak, before Wijnaldum’s vital goal.

GOAL! Wijnaldum heads past Oblak to give Liverpool the lead.#LIVATL pic.twitter.com/t2Nw675jZW